Warning: "continue" targeting switch is equivalent to "break". Did you mean to use "continue 2"? in /homepages/8/d92712396/htdocs/lowernorthside/wordpress/wp-includes/pomo/plural-forms.php on line 210
 Design | This Old Ithaca House

I still have a decent amount of painting (trim and bathrooms) to do before the housewarming party we’ve scheduled for the end of the month. The date was set in part to force me to get shit done sooner, but it’s still slow going. Nevertheless, I took a break from that to hang some art. This was in part to make the place feel a little homier, but also to declutter the house a bit, since there’s still random stuff (like artwork) lying around.

We have no design sense, so thanks to the miracles of modern technology we were able to get a friend in California to help us place one of the more meaningful pieces of art we own: four boards of mother-of-pearl lacquerware. There’s a big empty wall in the dining room and she said large art pieces work well in that kind of space. So I set to work measuring out and drilling four evenly-spaced holes across that wall.

Soulver on iPhone was great for this, by the way. It’s an innovative calculator that let’s you write out your problems, with results updated as you type. 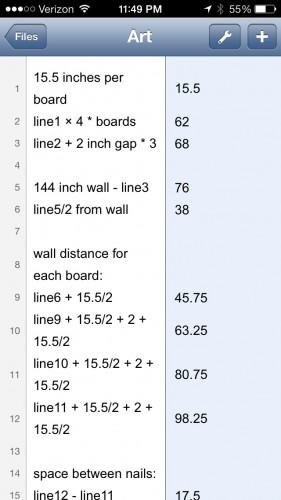 In line with the common advice to “measure twice and cut once” I checked my calculations at least twice and measured each mounting point three times. I was using Ook screw hooks

and each spot I was going to drill had a dot on it. I made sure to measure the dot’s height relative to the floor and the ceiling. Everything seemed great until I actually hung the boards.

As the photos below show, I was maybe 1/16th of an inch off (these are measured from the floor). 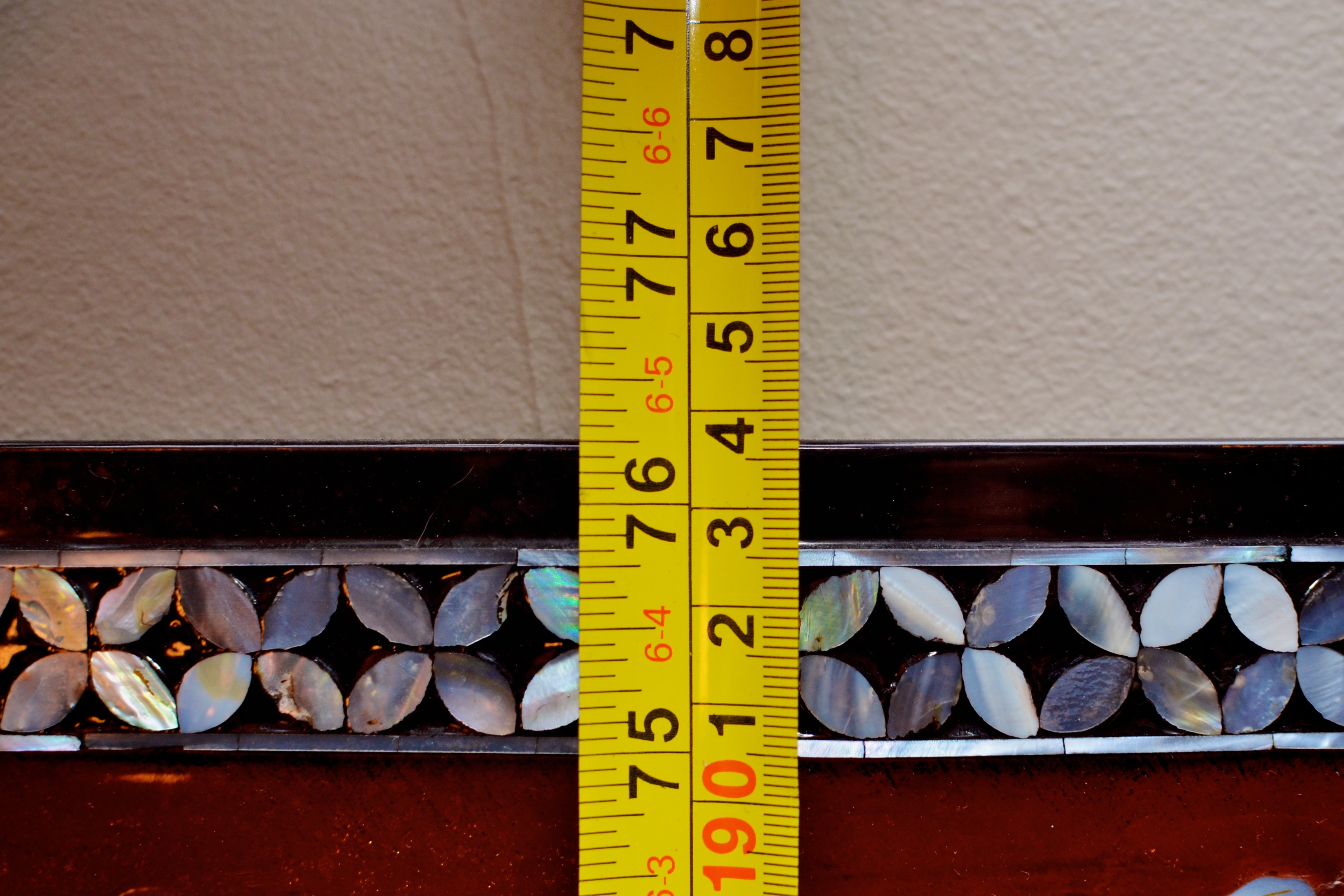 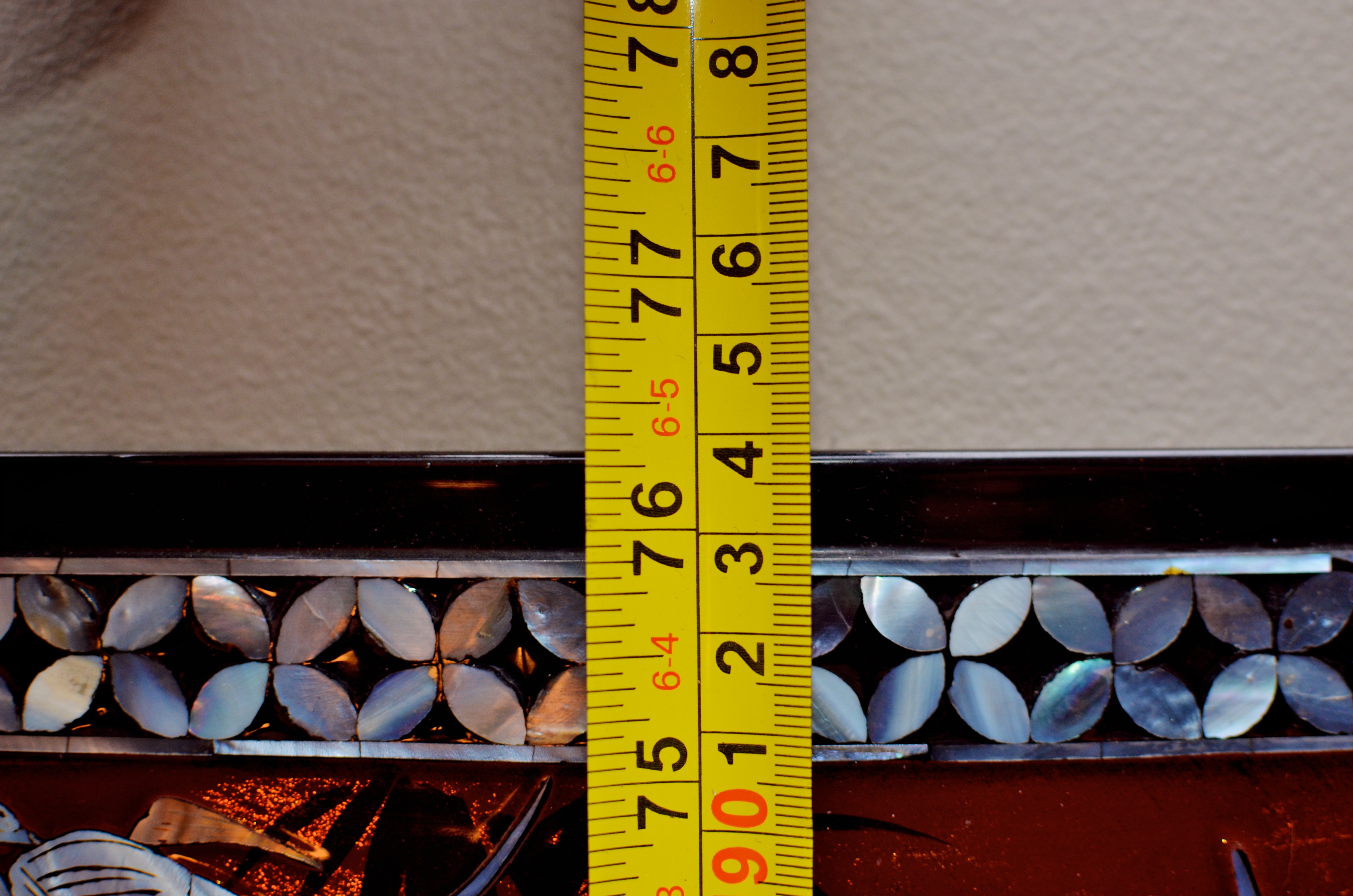 But relative to each other, the difference was huge. 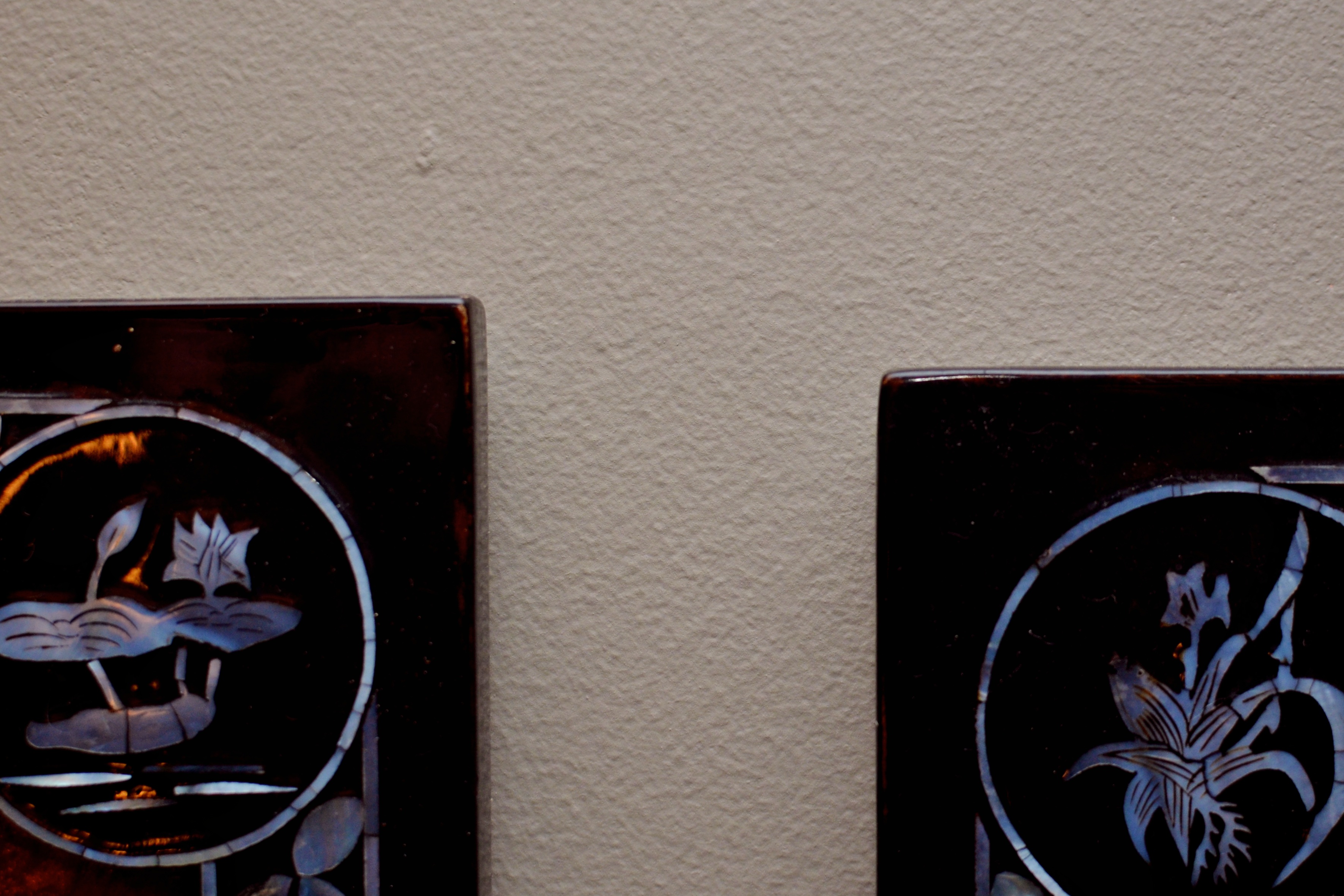 How was this possible? Like I said, I measured from top and bottom to make sure it was level all the way across. Unfortunately I didn’t consider that the whole front of the house had shifted downward (or was built that way; who knows), which meant that while the ceiling and floor were still parallel with one another, that part of the wall was a tiny bit lower than the part just a foot and half to the left. Crazy.

Anyway, another hole later I got things lined up. 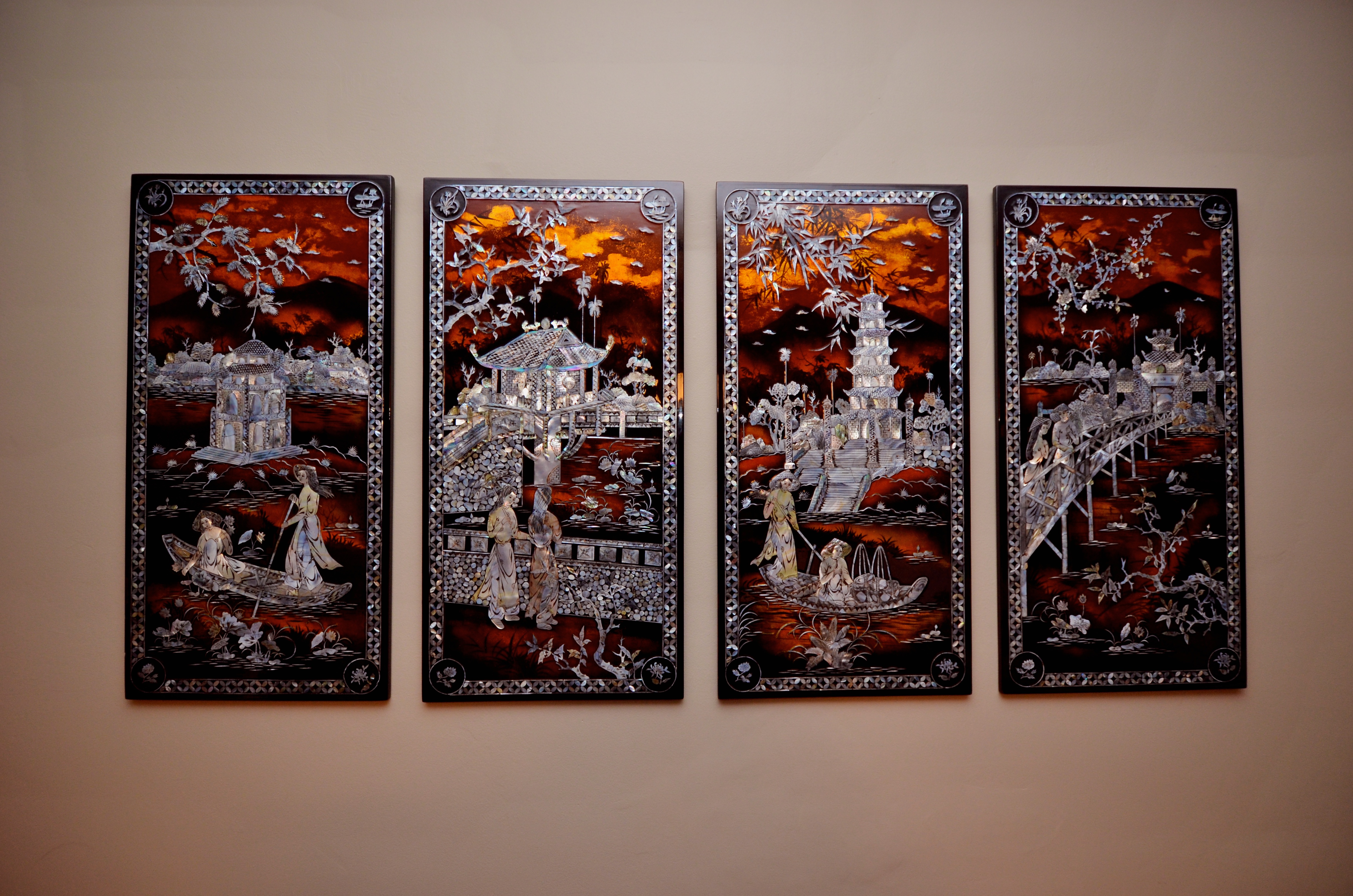 I relied too much on math, as I’m prone to do, and didn’t think to connect the four dots to make sure they were in a straight line. Lesson learned.

Also, I’m sorry the photo doesn’t show the art in the context of the room, but it’s still a bit of a mess and not something we want to show just yet.